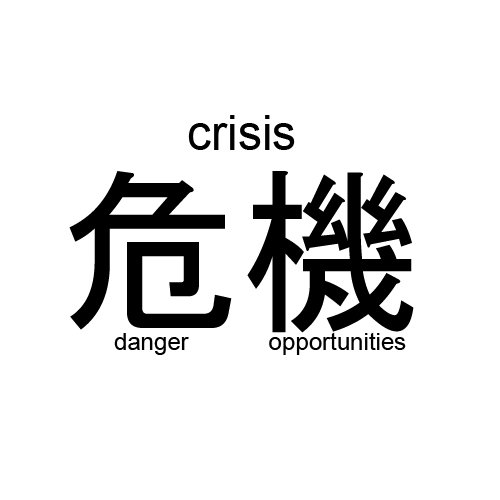 Night, it has been said, is always at its darkest just before dawn and if we were to apply that image to what is currently happening in our world  (the dire situation in Syria, the horrendous scenario in Egypt, Iran going nuclear, our global financial problems, the problems of  youth unemployment, the environment – my list can go on for ever), we can say that, species wise,  we are definitely in the middle of a dark night.

And the problem about dark nights, which is well known to anyone going through the early stages of  a ‘dark night of the soul crisis’, is that when immersed in them, it  often seems as if there is no way out and that the forces of darkness truly have the upper hand.

As someone who has personally gone through his  dark nights and found that there really is light – and plenty of it – at the end of the tunnel, but that first of all one had to go into one’s pain deeply enough before one was able to consider moving beyond it, I think that  species wise, we may have to delve deeper into our insanity or into our stupidity or our evil ( or whatever we want to call it) before we  are ready to see the light.

In other words, we really need to ‘get it’ that so many of our crises are based on our lack of heart and  our narrow thinking.  For example, what did Morsi think was going to happen when he tried to pass a law putting his entire country under the jurisdiction of the Muslim Brotherhood, thus alienating all those not belonging to his sect?

When elected, he had  promised to integrate all the various interest groups into his government and utterly failed to do so. What effect did he think this would have?

Today, when told he was going to be under house arrest, he said ‘I will turn this situation into a war and we’ll see who will be the winner!’ Pretty insane, eh, but this is what seems to be happening now.

Or we can look at the horrendous  invasion of Iraq and the Americans disbanding the Iraqui army and refusing to treat the Iraquis with dignity, thus incurring their enmity instead of getting them on their side. Or we can think of the dishonest behaviour and greed of so many bankers. Again, my list can go on forever. It is all stupidity, born of an absence of awareness. So many of us are so so dumb!

However, what is currently happening in the world today is that everything is becoming much more transparent. The secrets are emerging out of hiding. Our  darkness is coming up  to the surface so we may see it for what it is. Just as in a personal dark night crisis, we may  be called to confront our own pride, vanity, greed, egotism, etc , all the parts of ourselves not aligned to our truth –  and in our anguish, something in our nature slowly starts to transform, a more elevated ‘us’ starts arising – so something not dissimilar may be starting to  happen out in the world.

All our dishonesties are surfacing for us. There is no where any more to hide. Autocratic world leaders, greedy bankers,  pedophile priests, immature executives, fanatical Islamists – all are having no recourse but to  confront themselves. And this is very painful.

But pain can be transformational. The Chinese see crises as ‘dangerous opportunities’.

Thus, when we truly see our transgressions or our lack of humanity for what it is, this can be the trigger for change to take place, for us to say ‘no more’. And I think we are getting near to the point where this will start to happen. We must not forget that there is also a huge amount of wisdom and common sense in the world, this mainly being the prerogative of the young who are  the main force behind all the many movements for change, and I see this wisdom starting to percolate through  to many of us very strongly  I think  more and more people are seeing that a world where we continue greedily to plunder our limited resources or where the rich continue to grow richer and the poor poorer, simply cannot continue.

Similarly, it is becoming increasingly obvious that Islamism is no solution to anything. (The Muslim Brotherhood had not the faintest idea how to address the ‘real’ problems in their country, that is, initiate policies to try to improve the economic well being of  their people, give them jobs etc.) Thus, I predict that in the next decade, we will see a huge backlash against all forms of Islamism,  together with a renewed rejection of the unacceptable face of capitalism and all policies, world views and mindsets which  are rooted in the past and are not aligned to carrying our civilisation forward.

But maybe we first have to totter right on the edge before we can see the light. Maybe, we have to look at the possibility of total destruction, before, species wise, sufficient numbers of us are forced to say ‘No more. Either we make radical shifts in how we choose to live or we ain’t gonna live at all!’

My vision is a positive one. I know the light will come. I sense in my heart that we will make the necessary shifts in time, that those already living, as it were, ‘in the light’, will help lift the rest of us move  up to a higher level. OK, making this shift may not be easy or pretty, and there will no doubt  be many problems and a certain amount  of resistance from many quarters, but my sense is that we will make it, and that over the next few years we will see powerful regenerative forces being slowly released on the planet and that by the middle of this century, we will be witnessing huge innovative flowerings in every single branch of human endeavour.

No wonder, certain pundits used the term ‘new Copernican revolution’ to describe what is currently happening.  I look to the future excitedly and with a heart full of hope. The important thing for all of us is to ensure that  in the way we see the world and live, that we are part of the solution to the problems  all around us, not part of them