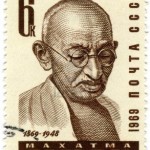 Question: I have often heard Spiritual gurus say that we should not get attached to the drama of world politics, that we should individually aim for evolutionary change but that politics can draw us into unhelpful dramas. Could you advise on whether you agree with this stance, especially with reference to the sweeping evolutionary changes in the Middle East at this time?

Serge: This used to be typical ‘guru advice’ half a century ago, i.e., focus on your own development and let the world ‘out there’ look after itself. Change yourself and the world will change. Spirituality and politics shouldn’t mix. Well, times today have changed. With most of us, I don’t believe we can be effectively ‘spiritual’ without also involving ourselves in some way with the betterment of our society, and what this means is that a lot of the time we can’t avoid being political, which I define very broadly as being willing to live as our stance for the kind of world we want to see emerge.

In other words, we don’t have to be a politician in order to be political! In fact today, many of the more important societal changes are being brought about by those who operate outside the system. Here, I think of the re/evolutionary work of many artists, poets, dissidents and activists who are not afraid of being themselves.

Certainly, if we look at what has been going on in the Middle East over the last couple of months, we see that vast changes are occurring and they aren’t happening as a result of those at the top (who are trying to thwart them!) but rather are being initiated by those at the bottom.

Look at all the incredibly brave, ‘Green’ young people in Iran who have been risking their lives to take to the streets to protest against the totally corrupt, evil and barbarous theocracy of old men governing them. They are making strong political statements, as are the anti-government ‘freedom fighters’ in Libya, who currently are doing their best to rid their country of a pathological tyrant. All are saying ‘We want freedom,’ and are willing to give up their lives for a greater life. And if that isn’t spiritual, I don’t know what is! *

Today, we are entering a new phase of our evolution. We are now on a collective journey. We have to ‘do it together’ and I believe all of us ( whether we know it or not) are, as it were, being ‘called’ on a very special mission, which is to join up with our fellow human beings and commit to trying to get our planet out of the terrible mess which we have got her into.

Yes, it is good to meditate on the mountain top and do regular yoga, and I would never discourage this, so long, that is, that we use the ‘good vibes’ generated not to bliss out as an end in itself, but rather to strengthen our hearts and minds so we can be more effective at making a difference in that area or in those areas where we feel especially drawn.

Put simply, we all have a ‘larger spiritual duty’ to perform and if we wish to accelerate our awakening, then we need to find what that larger duty is. Albert Schweitzer once said. ‘I don’t know how you will find out how to be happy, but the best way I know is to learn how to be of service!’

I hardly need remind you that we are living in very precarious times. 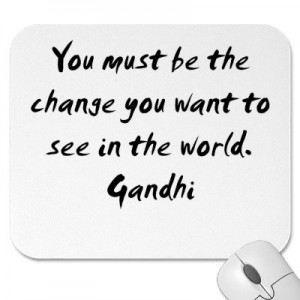 Gorbachev understood this. If change is to happen, he told us, it will be much more on account of what those at a grass route level do about it. Look at what People Power achieved in the 1980’s. It brought down the whole Iron Curtain. And today in our world, we have all sorts of other ‘iron evils’ to contend with.

By profession, I am a Psychotherapist, which means that I see people on a one-on-one level. But I do not confine my work to this. Hopefully, it helps one or two people and enables me to earn a bob or two. But I feel that by far the most important part of what I try (however inadequately) to do, is to write, lecture, teach seminars, annoy rich people to give money to what I see as important causes, and help organise conferences to explore how a new world can emerge on the planet.

I coined the term Spiritual Activist of the Heart (SAH)and I say that today, all of us are challenged to become an SAH and that choosing to do so – it must be a conscious choice – will speed up our spiritual growth more than anything else.

Why? Because we will be becoming what our planet requires of us and therefore we will have ‘the Force’ behind us!

So, for example, if we believe war is unethical, then we can spend time meditating on peace and go on peace marches – even arrange them. We can lecture on the evils of war.** If we believe that economic policies favour the rich at the expense of the poor, then we find a way to make our views known, write an article, give a lecture,etc. If we believe ‘Small is Beautiful’ then we live out of that space and encourage others to, etc, etc. All of these are important political statements.

And we have a lot of great SAHs who, if we study them, can teach us a lot. Look at Gandhi; look at Aung San Suu Kyi, the great Burmese activist; look at Nelson Mandela. For all these people, their spiritual path and the extraordinary things which they achieved, evolved around showing extraordinary courage and having Hearts big enough to hold the soul of their nation inside them.

The key thing is that we put our efforts not just to speaking our truth but also into trying to live it. It was Gandhi who told us that ‘We need to be the change which we wish to see emerge in the world.’ Yup, it’s tough, and we’ll fall down a lot (I speak from much experience here!) but we might as well try to give it a go!

*See Serge’s March Newsletter which explored the spiritual dimensions of the ‘Arab Spring’.
**His next newsletter is entitled ‘Steps for Making War history’.

The Oxford Dictionary defines liberation as: ‘the act of setting END_OF_DOCUMENT_TOKEN_TO_BE_REPLACED